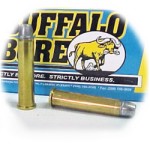 This heavy 444 Marlin ammunition is recommended for use in any
firearm chambered for 444 Marlin that is in normal working condition. 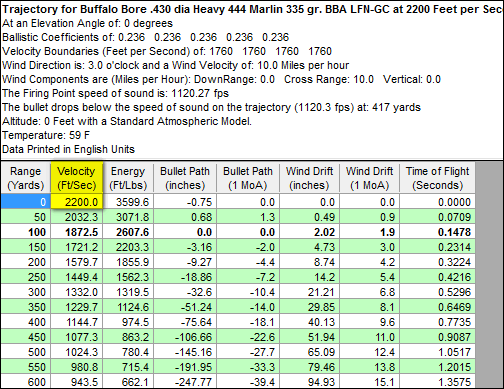 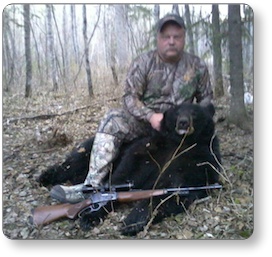 Here is a picture of a Saskatchewan Black Bear taken with your ammo last week!

The bear dropped in it's tracks! A single shot into the chest turned the light switch off instantly! I had a lot of faith and confidence in this cartridge and particular ammunition! The bear was on a slight angle which allowed the hard cast bullet to exit the ribs near the hind quarter. I have absolutely no doubt in the performance of this ammunition! Excellent penetration with tremendous stopping power making it a very reliable choice for big game hunting including bears.

Keep up the great work!

Buffalo Bore ammo is a favorite!

Wanted to let you know that the ammunition worked perfectly. Dropped a trophy Bison in its tracks from approximately 90 yards.

Heart/lungs from 90 yards. Hit him broadside. Big buffalo with a full winter coat. I've attached a picture. Bullet stayed inside the body and was recovered. I've made sure that Buffalo Bore has been represented on several of the boards that I checked in with.....many opinions about a Marlin 444 and its ability to take down a Bison. Bottom line....with the Marlin, Bushnell Banner Scope, and Buffalo Bore 335-grain bullets.....there is no argument in my mind.

A member of our party jammed his rifle and used my Marlin.....killed a deer with the same 335 load from 175 yards. Distance, accuracy, and stopping power.